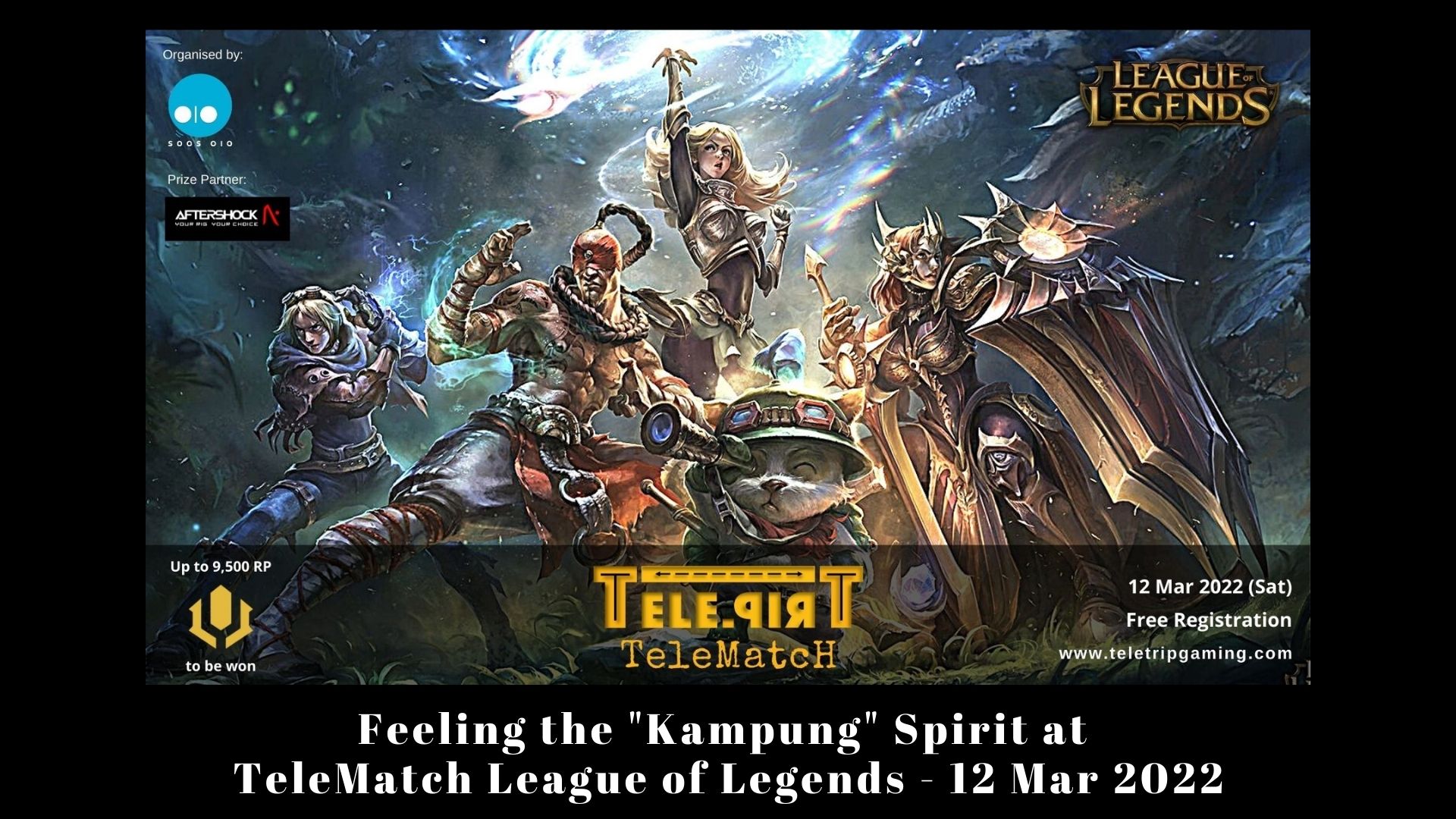 TeleMatch League of Legends has always been close to our hearts and glad to kickstart our first TeleMatch of 2022 with it! It felt like a long-overdue reunion with the players as we got to meet and catch up during the briefing and of course through the games.

Although many players constantly encourage us that TeleMatch is enjoyable, we are always thinking on our feet on ways to improve the experience for the community. Sensing a greater need to bond the players beyond their teammates, we started Fun Match, where we pit the team captains of each group against each other! Playing with strangers can be intimidating, so we tried the Blind Pick Abyss mode where teams can play together with lots of chaotic fun.

Team captains were also provided temporary tournament accounts to try out the different Champions during the Fun Match. It was heartening to see captains letting us know that we can offer their accounts to newer players instead so that they can try it instead.

This time, we also had players rising up to take up the roles of scorers and community casters. It was a joy to know that they have the heart to serve and help! Below are some of the stories that happened behind the scenes.

We were initially looking for casters and were very grateful to Yun Hong and Joshua for agreeing almost immediately. They didn’t even know how many community casters there were going to be, so they were prepared to cast throughout the day. Thank you Adam too, for volunteering and if he sounded familiar, he helped cast our ARAM games. Thank you to MayuriChris too, for participating in our TeleMatches and this time as a community caster!

For those who saw the Facebook post on Thursday, you’ll notice that OffNightGaming isn’t with us. It was going to be his first time casting with us at TeleMatch but unfortunately, he fell sick. For the sake of his health, the community casters asked him to rest while they cover him.

Thank you to our regular scorers Wah Yi, Justin, Joseph, and Austin! Welcome to our first-timer, Clem! Initially for the morning, Joseph and Clem were the only ones available to manage all 28 teams. Noticing that we were lacking in manpower, Austin decided to jump in and help out! Thank you, Austin!

Would like to thank some players too! Shoutout to Blitzcanon, for getting the word out to your friends for scorers and casters. Thank you Han Lin, although he couldn’t join us as a community caster this time due to his NS duties, appreciate his proactiveness in providing lots of information to make TeleMatch better. He is also the one who helped set up the zooming feature! Thank you to Ykwon too, for constantly sharing TeleMatch with your friends in Malaysia!

The participants were very cooperative during TeleMatch too, to let us know when they are starting the games and also waiting patiently for us to get back to them. It was really amazing to see how everyone stepped up to help the community during this event!

Also would like to thank Joseph, Clem and Adam for their generosity in sharing their RPs received from volunteering to team Worldwide, the finalists! Noticing that the team did not receive a prize, they decided to share their RPs to encourage them.

Thanks to everyone, we got to witness some amazing games and the casters were definitely casting and rapping their hearts out!

For all the amazing games, please watch the VOD here.