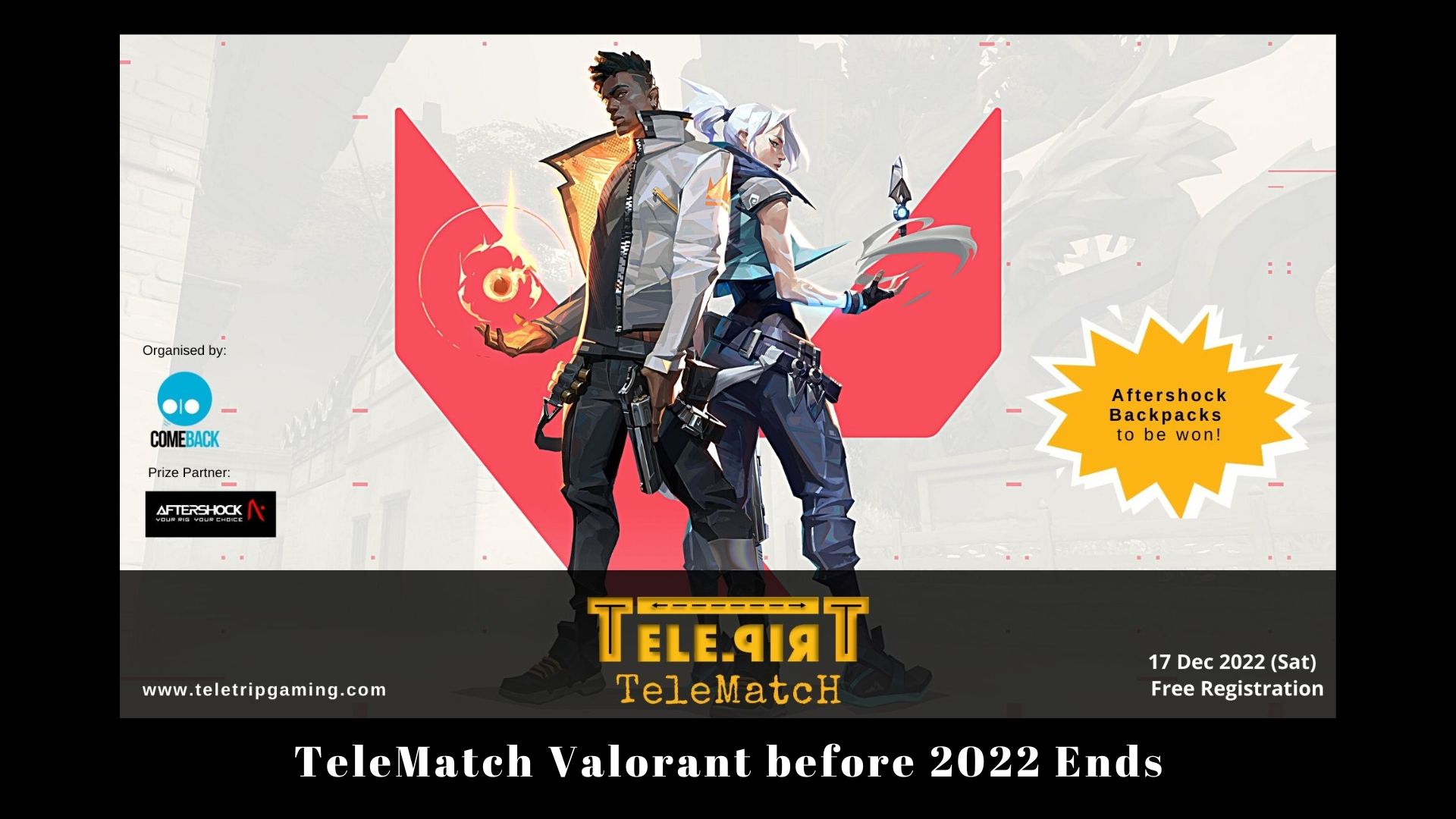 TeleMatch Valorant had 221 players registered with 27 players registered as individuals, in 39 teams. Teams were happy to play, but some were disappointed when their opponents no show. Perhaps registered teams not showing up was one of the biggest challenges. Walk over victories do not provide as much satisfaction. The scoring system also went crazy which was working fine when we used it for some private TeleMatch runs. Sincere apologies to players for the confusion caused. Thus this TeleMatch winners have the additional titles of Honorary Champions and Honorary Runner-Ups. The teams continued to play the semis and finals even though there were some challenges in the scoring while we work on the rectifying the issue. The Honorary Prizes were for the teams who played all the games to the finals on 17 Dec 2022.

For winners who are located outside of Singapore, the backpacks were donated to Tasek Jurong in time for the new school year for the students.

Huge thank you to our community casters Set @csetcabs and Jed @our_papa. This was the first time casting for Set and love how well they do. You can watch the Livestream Video: https://www.twitch.tv/videos/1681172079

Blessed Christmas and a Happy New Year to all!

Win and Learn as a Team: TeleTrip Campus SUTD – DOTA 2