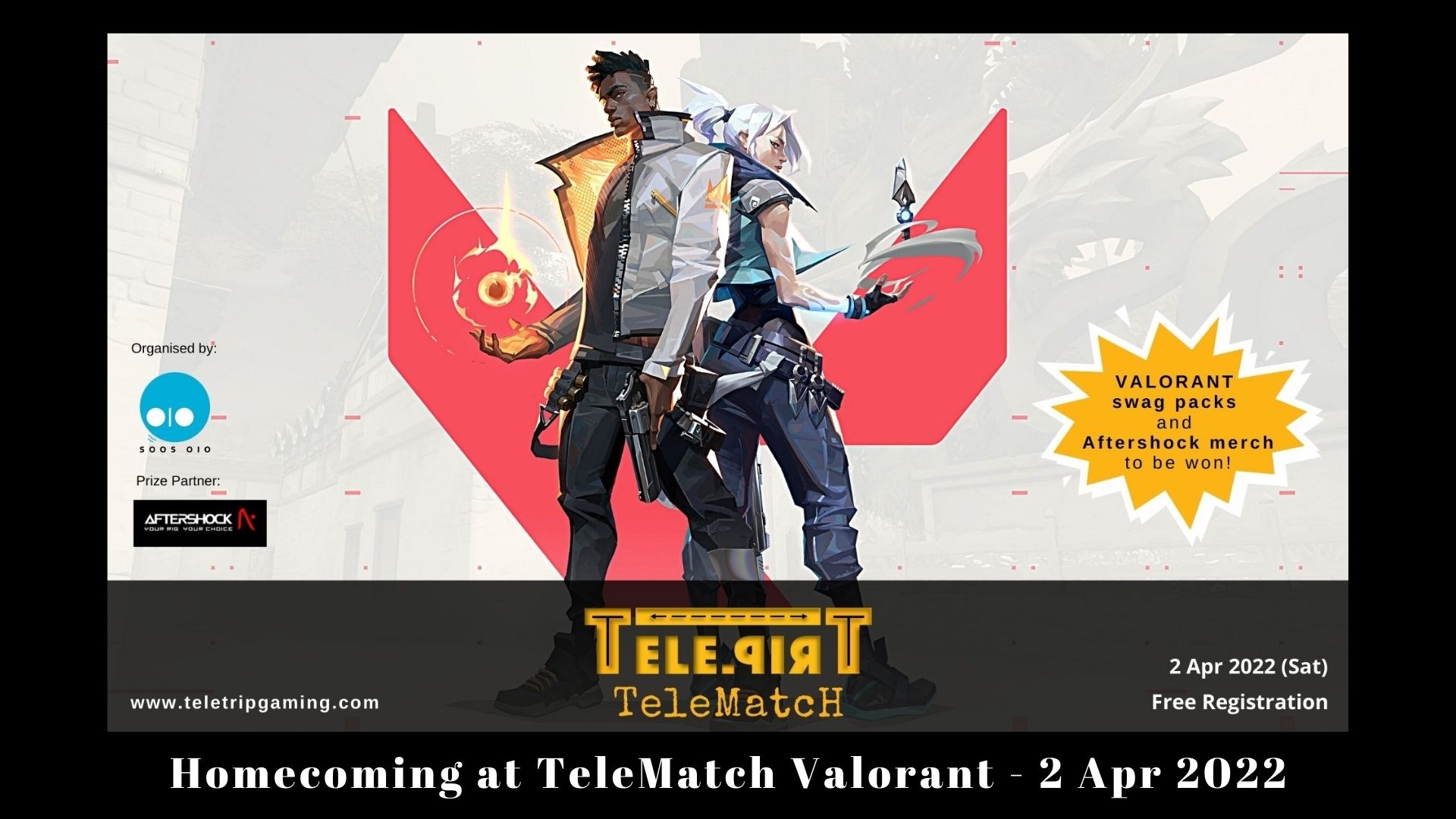 Our first TeleMatch Valorant for 2022 concluded last Saturday with 27 registered teams from Singapore, Malaysia, the Philippines and Indonesia!

This TeleMatch felt like a homecoming party as we have returning teams and past winners from our previous TeleMatch coming back to compete. Surprisingly, we even have players from our TeleMatch DOTA 2 trying out their first TeleMatch Valorant with us this time and even won the game on the livestream!

Initially started as a fun way for players to compete, it is amazing to see how many players have used TeleMatch as a fun challenge and even a way to make friends!

Shoutout to Team Cuck for trying their best to defend their title. Also shoutout to Ashton “AlreadySilence” who used to play under Team Hide in Smoke and decided to join this TeleMatch individually to make more friends and also to create content!

Despite having players of all ranks joining us, we were amazed to see the high level of games at TeleMatch. It was difficult to differentiate the players as the teams were mostly playing neck-to-neck. Quoting what our community caster Ismario said, “even though we can see everything as casters, we also cannot keep up with the players!”

We got to witness team Snorlax Legion making a comeback in their first livestreamed game and heading all the way to the finals. TenaciouS also put up a great fight and even got an Ace when playing from behind. The number of “clutch” games were numerous and we can only wonder how they perform under pressure.

Would also like to take this moment to thank our four scorers for making TeleMatch Valorant run so smoothly! Not only did they manage the players and update the scores, but they also took the time to moderate the livestream and also stayed in the voice channels to ensure fair play amongst the livestreamed teams. Thank you for putting your all for the players!

Missed out on the action? Relive the amazing games here.