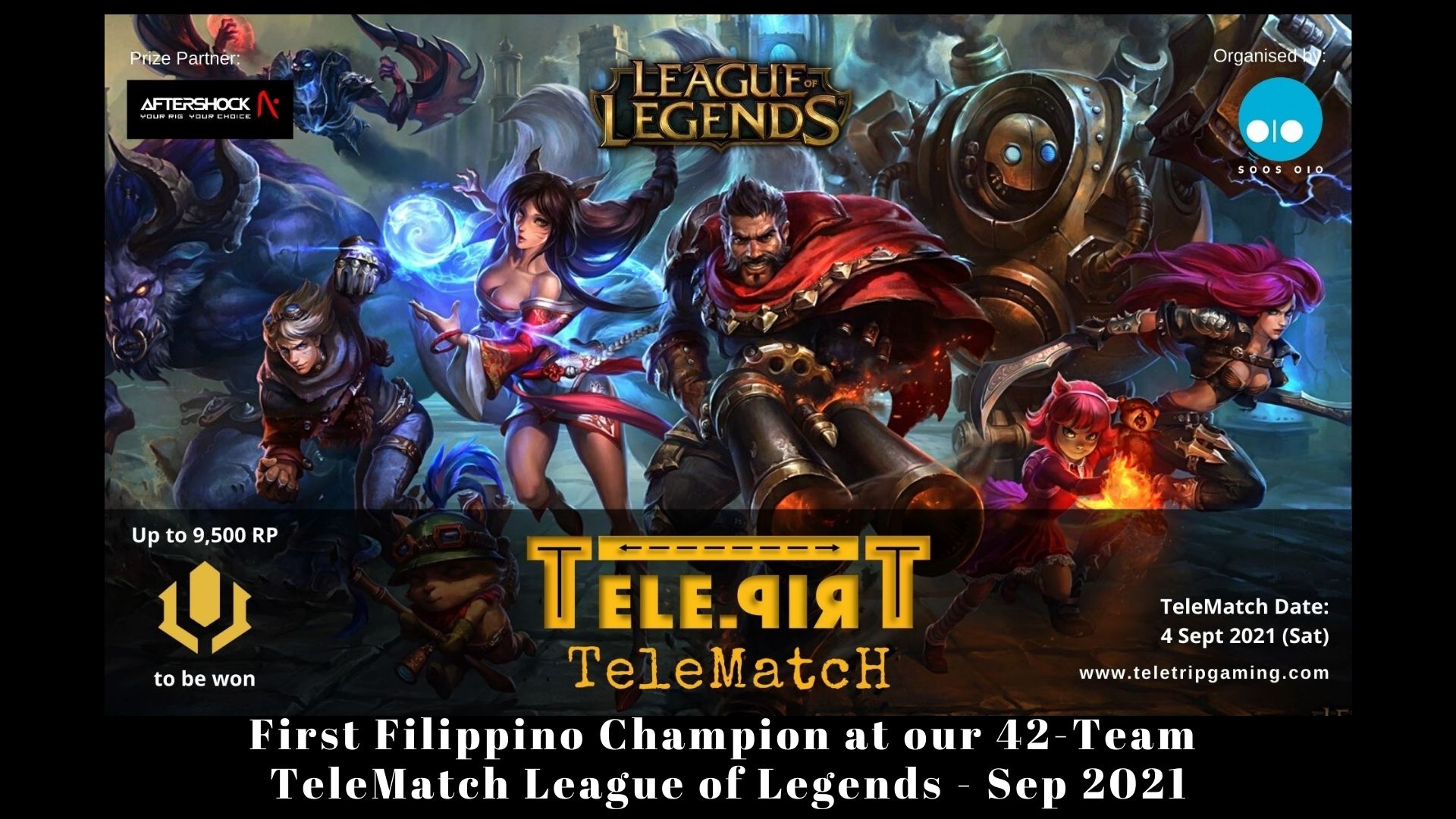 Never did we expect to gather 42 teams for TeleMatch League of Legends that happened last Saturday! It was amazing to see players from all over Asia joining us, especially from Malaysia, Indonesia, India and the Philippines.

The teams were split into 8 groups to compete for 4 slots in the semi-finals. We also had 3 scorers and 3 community casters joining us. Even though the preparation and execution of TeleMatch was hectic, we were glad that the players could join us and TeleMatch to run without a hitch.

Emphasized in every TeleMatch is how we are dead serious about ensuring a safe space for players to compete. During this TeleMatch, unfortunately we had to disqualify a team due to grief play. We do not condone the act of players intentionally prolonging the game to farm on their opponents. That being said, thank you to all the teams who respected your opponents and played clean games.

It was amazing to see how our initially small 10-team TeleMatch grew to a 42-team community competition where players were committed to invite their friends to join or watch their games that were casted. Players were also taking the initiative to improve TeleMatch, be it providing feedback to provide a better experience for the players, sharing how the in-game camera and scoreboards can be adjusted to improve the livestream and also volunteering for future TeleMatches to help out.

In order to run this 42-team TeleMatch, we had the players contribute by coordinating with their opponents to start their games and sending the screenshots to us when the games were done. Despite having 17 concurrent games, all games started on time. Even though it is normal at TeleMatch with regards to the players’ punctuality, we are still proud of them for being able to help us coordinate with ease.

We noticed that the players were also attentive in helping out in their own ways. For example, during the finals, we noticed that the finalists joined the lobbies and ordered themselves according to their roles so that we do not have to adjust the scoreboards. Another player joined us in the casting despite playing throughout the group stages so that the community casters can catch a break.

This TeleMatch, we had three teams from the Philippines joining us and one of them even ended up emerging as champions! Congratulations and hope to see more Filippinos joining us.

Thank you to the players once again for making TeleMatch League of Legends such a joy to organise and we also received your words of encouragement! We will definitely continue to improve TeleMatch and make the experience awesome for you players, viewers and volunteers!