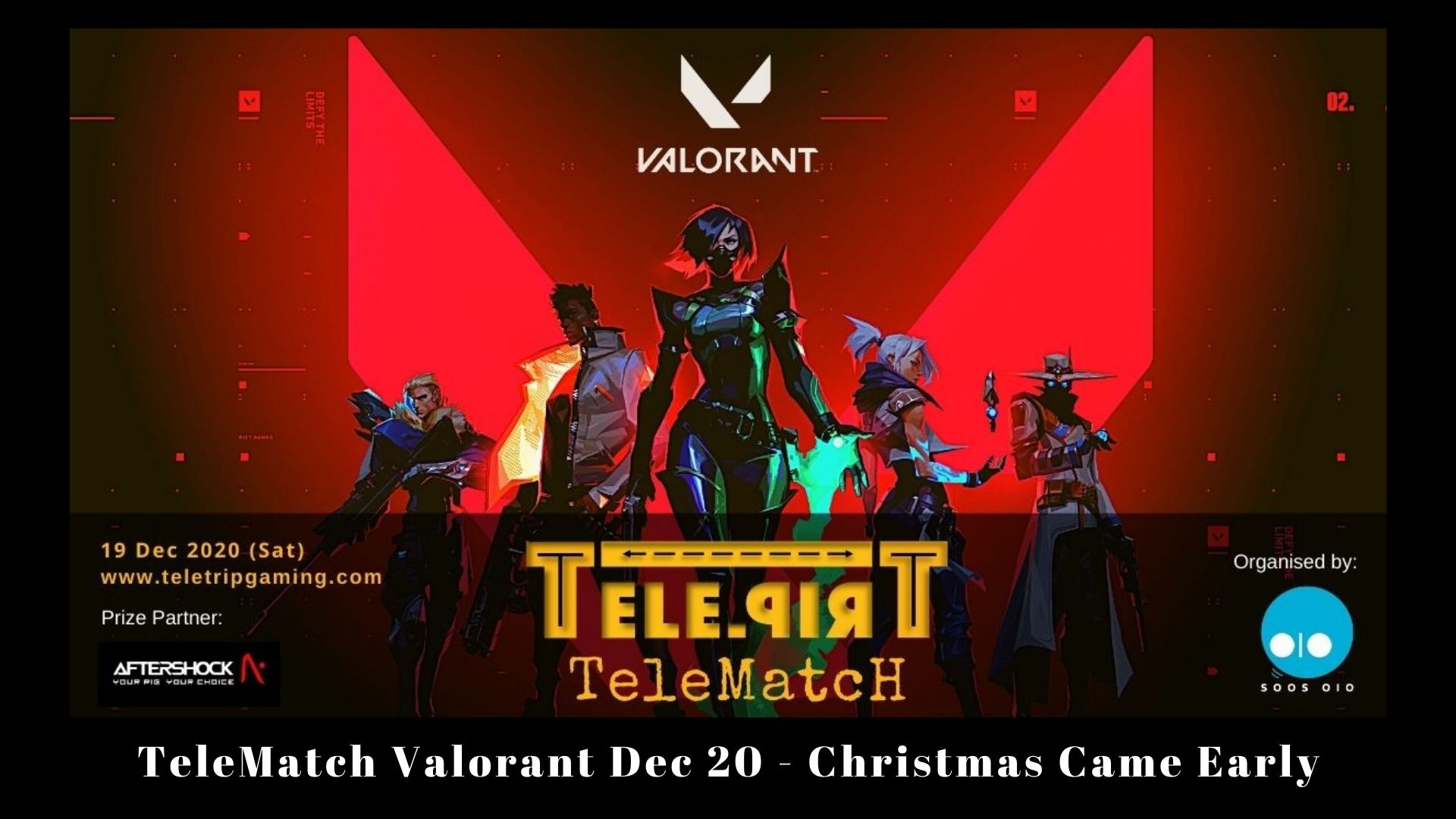 It was a bittersweet feeling as we concluded the first TeleMatch Valorant and the last TeleMatch for 2020. Even though we could not have an offline TeleTrip to gather and play, we are thankful to have players joining us at TeleMatch and providing us an opportunity to get to know them better through the games. Never failing to encourage the players, prize partner Aftershock has provided prizes such as keyboards, mouse and mousepads for the prize winners!

At TeleMatch Valorant – 19 Dec 2020, we had 10 teams, together with 6 facilitators and casters, joining us from as early as 10 AM until 7 PM. The games were livestreamed on twitch.tv/soosoio, with the viewers made up of mainly the players themselves! We did spot some familiar names joining the Twitch chat.

Since it’s the season of gifting, we are going to list down the Twelve Gifts of Christmas that Valorant gave to We (song reference: The Twelve Days of Christmas – Warning: earworm alert >_<). The list is according to the order we received these gifts, starting from way before TeleMatch started on 19 December.

We wish everyone a blessed Christmas and a Happy New Year!